As of June 27, 2013 same sex marriage in Los Angeles, and all of California, resumed following the Supreme Court of United States ruling that that made Prop 8, the anti-gay marriage proposition, invalid. Gay marriage resumed the next day and a few hours after that I officiated my first lesbian wedding in over 4 years. In the following days I married many couples who were married in heart for many years and who rushed to make sure that they now had legal recognition of their relationship.

It has been an honor for me to be a part of many of these same sex weddings. I don’t see them as anything but a union of love. Being an attorney, I was waiting for the Supreme Court to see the inaccuracies of letting popular vote trump a court ruling and a sane ruling. It’s all about love and human rights. Ironically, that special day of June 27th happens to be my wedding anniversary. It just seemed so right. Four years earlier, on that same day, I married Kendra Wilkinson and Hank Baskett at the Playboy Mansion.

I can issue you a confidential marriage license on the spot without any waiting in lines at the County Clerk’s offices. This is the type of marriage license I recommend as it protects your private information and makes your marriage legal, but not available to the general public, which includes stalkers, haters and identity thefts.

I would be happy to perform any gay wedding, whether it is husband and husband or wife and wife. Please contact me to arrange this. I can be there on a moment’s notice or for a planned same sex wedding. Either way, congratulations. 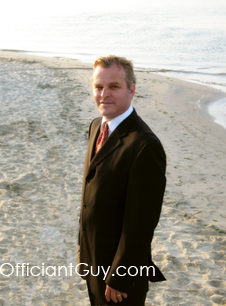